When Laurel Sprengelmeyer began performing as Little Scream in 2008, she played her first shows in Montreal using only a battered Stratotone guitar, a cigarette amp, and a mic on the floor so her feet could serve as percussion. “That’s why I […]

When Laurel Sprengelmeyer began performing as Little Scream in 2008, she played her first shows in Montreal using only a battered Stratotone guitar, a cigarette amp, and a mic on the floor so her feet could serve as percussion. “That’s why I always wore high heels. They made the best stomping sounds.” She would wail and coo, imitating the sounds of missing instruments that ended up as siren calls on her 2011 debut The Golden Record, which Pitchfork called “a perfectly mixed bag of graceful folk, coiled pop, and expansive art rock” and NPR dubbed “absolutely captivating.” If that album was Little Scream’s searching, enchanting first step into the world, then Cult Following is the badass landmark cementing her place there.

Little Scream says she began conceiving of Cult Following while visiting a friend in a small intentional community in northern Brazil that was on the verge of becoming a cult. “People were running around reading auras, interpreting each other’s dreams, and ‘living on light’ instead of eating—which was as compelling as it was absurd. I became very aware of the entropy of belief. You could feel the magnetism of ideas take shape and pull people into their center like a black hole… a thing so filled with light that its own gravity means that none of it can escape.”

That experience laid the groundwork for Cult Following, a lush, expansive, retro-leaning gem that straddles intimate fragility with bombastic dancefloor-ready songs. Listening to it is like reading an epic novella—part fairy tale, part ecstasy, and part human folly. Right from the start, you know you’ve entered a universe with its own rules—dazzling, dark, and whimsical, not unlike Willy Wonka’s gated factory. From the candy-filled ballroom of “Love as a Weapon” (which is as accessible as it is emotionally complex), you are invited onto the comforting ship of the warm ballad “Evan,” only to find that “the waves are falling/they’re falling in faster, and the ship has no master… here comes disaster!” When the shipwreck subsides, you find yourself in the dark depths of the song “Wishing Well,” where Mary Margaret O’Hara makes a stunning, subtle vocal appearance. Mary Margaret is one of several guests to appear on this record, along with Sufjan Stevens, Sharon Van Etten, and Kyp Malone. Encountering them is not unlike having cameo stars within a film, but the world they inhabit is entirely Little Scream’s, and her voice acts as a tour guide through lush and sometimes terrifying sonic landscapes carefully constructed with her creative partner, Arcade Fire’s Richard Reed Parry.

Willy Wonka is perhaps analogous to Little Scream herself. A relative social media recluse, she seems to spend most of her time hiding out in a creative utopia. A fourth-generation painter (one of her pieces appears on the cover of The Golden Record), her works are layered and carefully rendered with pathos and magic realism. For the cover of Cult Following, she constructed a three-dimensional model of one of her paintings to be photographed within—a gesture that illustrates her dedication to creating a complete contextual world for herself and this album to exist in.

Cult Following is a record that deserves to be listened to from start to finish, with each song having been constructed to meld seamlessly into the next. There may be those who listen only to the record’s obvious catchy hit, but they would be missing out on the depth of stunners like “Wishing Well” and “Someone Will Notice.” Like a classic novella, you must pass through all of the record’s stages to fully experience a triumphant hero’s journey. 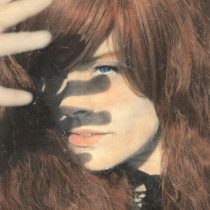 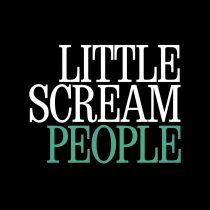 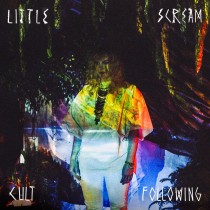 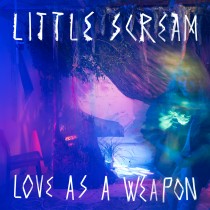 Love As A Weapon (Single)

“Love As A Weapon”