From the outset, Julie and The Wrong Guys may come across as an unlikely union. Juno award-winning songwriter Julie Doiron began her musical journey as a founding member of ’90s East Coast indie-rock icons Eric’s Trip, the first Canadian band signed to […]

From the outset, Julie and The Wrong Guys may come across as an unlikely union. Juno award-winning songwriter Julie Doiron began her musical journey as a founding member of ’90s East Coast indie-rock icons Eric’s Trip, the first Canadian band signed to Seattle’s famed Sub Pop Records. Meanwhile, The Wrong Guys are made up of Edmonton-born country/punk troubadour Eamon McGrath alongside Mike Peters and Jaye Schwarzer, the rhythm section of Toronto’s metal/hardcore heavyweights Cancer Bats.

Doiron’s celebrated career has featured a laundry list of collaborations with the likes of Chad VanGaalen,Phil Elverum (a.k.a. Mount Eerie), Gord Downie, The Wooden Stars, Shotgun and Jaybird, and The Tragically Hip, and these wide-ranging musical alliances have all prepared her for an effortless amalgamation of the Wrong Guys’ respective projects, where Doiron’s tender and lyrically evocative songwriting crashes headfirst into the pummeling volume of her bandmates.

Doiron first enlisted The Wrong Guys as her backing band in 2011 during a two-year stint living in Toronto. While working at the Bloor West coffee shop, café, and venue Saving Gigi, she asked them to join her for a series of shows. Finding an immediate comfort and chemistry, the quartet hit the studio to record a two-song 7”, then set off for high profile tours throughout Ontario, Quebec, and the Maritimes.

“All of the collaborations I’ve done over the last 24 years have taken me to the next place, whether I’ve realized I’m learning something or not,” says Doiron. “They helped me learn how everybody’s process is different, but working with these guys is super easy. Even if I never collaborated I could have just breezed into this band. Whatever is going on in my life before meeting up with them, I don’t feel stressed out or like I have a million things to do. We just make music and it’s super fun.”

Julie and The Wrong Guys’ self-titled debut LP, due to be released by Dine Alone Records on September 8th, 2017, was recorded after Doiron returned to her former home of Sackville, New Brunswick last October. The Wrong Guys regrouped at Peters’ family cabin in the Manitoba wilderness near Red Rock Lake where, freed from the distractions of daily life, the group crafted the album’s music and lyrics from sun-up yoga practice until the waning hours of their wood-oven-heated nights.

“We essentially worked on the record for 12-14 hours per day” says McGrath. It was disciplined but there was no whip cracking. The environment was very tranquil, beautiful, and secluded. There was no cell reception and we didn’t have anything else to do but write.”

“There were a few songs where I hopped out of bed, ran down to the lake and wrote them in one go, but for the most part it was collaborative,” adds Doiron on the influence of their serene recording environment. “When I was putting myself into the songs, they were about figuring out who I am and what I need in my surroundings to feel whole. It was a bit more contemplative about finding my true nature and finding my way home, which is within. Who is Julie? Who’s in there?”

Searching together, Julie and The Wrong Guys have found a distinctly harmonized voice that weaves throughout and acknowledges the vast array of influences across their backgrounds, paying obvious homage to the music that drove these four unlikely collaborators together. As each member approaches the material with their own very literal insight of endless days across the world’s highways, they’ve come out of the woods with one of the most exciting debut records of 2017. Alongside delicate standout songs like “Call My Own Shots” and the McGrath duet “Farther From You”, Doiron also returns to her full-throttle, early ’90s grunge/punk roots on ragers like “Wanted What I Wanted” and “Calm Before the Storm.”

“I come from a noisy, energetic background playing in Eric’s Trip,” she concludes. “It’s kind of ironic that people refer to me as a solo performer or singer-songwriter because that’s not what I feel that I do. I made a couple of quiet records after Eric’s Trip broke up because I didn’t want to try to replicate it. Then I played with The Wooden Stars and made two quiet records after that. Every time I’ve ended a collaboration I’ve done that, and people still pigeonhole me as a singer-songwriter, but I love playing loud, heavy music.” 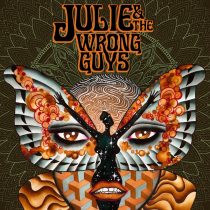 “You Wanted What I Wanted” 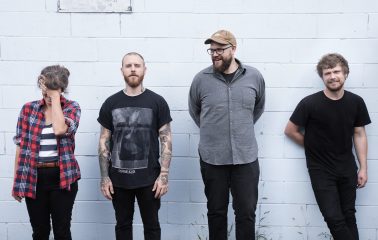