Hey Rosetta! hails from the rocky and cold northeastern province of Newfoundland, Canada. In 2005, frontman Tim Baker arrived home from a road trip with a suitcase full of poems and melodies. Hey Rosetta! was formed soon after with the addition of […]

Hey Rosetta! hails from the rocky and cold northeastern province of Newfoundland, Canada. In 2005, frontman Tim Baker arrived home from a road trip with a suitcase full of poems and melodies. Hey Rosetta! was formed soon after with the addition of a string section (cellist Romesh Thavanathan and violinist Kinley Dowling) and rhythm section (bassist Josh Ward, drummer Phil Maloney, and guitarist Adam Hogan). Since then, they’ve blossomed into a powerful group whose explosive live shows have earned them a devoted following.

The band’s new album, Seeds, was produced by Tony Doogan (Belle and Sebastian, Mogwai, Wintersleep). Seeds is available February 15th and reveals a maturing lyrical depth and an atmosphere rooted to the band’s passion for epic musical experiences.

It was while recording 2008’s breakthrough album Into Your Lungs (and around in your heart and on through your blood) that Tim Baker began to fully realize his vocal and lyrical abilities, and the band made a huge creative leap forward. Into Your Lungs garnered a slew of awards and critical accolades, was short-listed for the prestigious Polaris Music Prize, and Hey Rosetta! were named one of Billboard’s Top 5 new Canadian acts.

During the three solid years of touring after Into Your Lungs was released the concept of Seeds was born. “The title track, “Seeds”, came about while out on the highway a few years ago” muses Baker. “In a way it’s about what our lives had become, and how we’re like seeds that float around into different fields and cities, bringing something and trying to build something for the people that come to see us.”

The group developed the sonic landscapes found on Seeds while maintaining an extensive tour schedule that took them to Australia, China, Europe, the US and on numerous tours of Canada (including a tour of the Northwest Territories and Nunavut). The band then holed up in Newfoundland to finish the songs before traveling to Halifax, NS to record with renowned producer Tony Doogan at The Sonic Temple. “Tony was really incredible at getting all the sounds and tones we’d dreamt up. He’s an amazing engineer and for all his Scottish bluster and pop-rock dogma, he is very sensitive, patient, and a gifted producer,” says Baker (who wrote all of the songs except “Downstairs”, “Young Glass”, and “Seeds” which were co-writes with guitarist Adam Hogan).

“It’s sort of directed at the novel’s main character, Franny…. it describes a sleepwalking scene that didn’t actually occur in the book, but one that I imagined. We spent a lot of time flying and sleeping on planes and in airports and I was always finding myself in half-waking states, feeling, as one does, all alone somewhere between dream and reality. When I’d wake up, I was always surrounded by people, going about their business. I like that; a sort of evidence that even when we think we are completely alone, we are not. So I wrote Franny, a character who is plagued by such thoughts, a song about it… but it’s really about everyone”.

First single “Welcome” is a song about Baker’s close friends who were expecting a baby:

“I wrote a song for the little soon-to-be, who now is a 18 month old girl named Madeleine; healthy and beautiful, just like her parents” explains Baker, “I was just sitting with them talking to the unborn baby in a sort of cynical, joking way. You know, like “stay in there as long as you can kid. Sorry, but it’s a mess out here…” and so on. Later, alone, I was thinking about what it means to bring new life into the world, how it’s sort of sad but also so hopeful and kind of religious”. 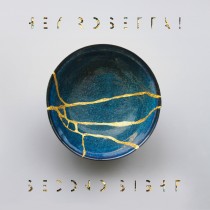 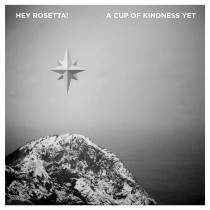 A Cup Of Kindness Yet 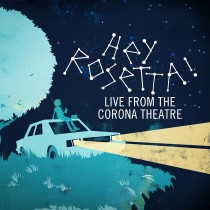 Live From The Corona Theatre 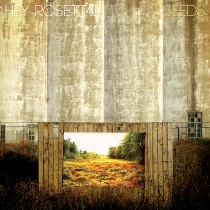 “Gold Teeth (Live at Mile One)”

“Soft Offering (For The Oft Suffering)”