Listening to Marvelous Clouds, Aaron Freeman’s 2012 collection of Rod McKuen covers, fans might have felt that he was ignoring an elephant in his room—a drug-and-alcohol-related onstage flame-out that made viral headlines the year before. But Clouds was just a warm-up for […]

Listening to Marvelous Clouds, Aaron Freeman’s 2012 collection of Rod McKuen covers, fans might have felt that he was ignoring an elephant in his room—a drug-and-alcohol-related onstage flame-out that made viral headlines the year before. But Clouds was just a warm-up for the artist once known as Gene Ween. In the opening minutes of FREEMAN, the self-titled debut from his new band, Freeman addresses addiction and its aftermath with the combination of merciless self-inventory and artful songcraft that earned Ween one of the most devoted fan bases in contemporary pop. This song, the unmistakably autobiographical “Covert Discretion,” is a quiet shocker. “Save your judgments for someone else,” Freeman sings. “Be grateful I saved me from myself.”As bitter as it sounds, the track clears the air. FREEMAN represents a new beginning— Aaron Freeman’s first album of original material since disbanding Ween and getting sober—but it isn’t a record mired in its maker’s private struggles. It’s simply a collection of gorgeous, subtly offbeat songs—in other words, a continuation of the thread that runs through the entire Ween catalog. The lush psychedelic pop of “The English and Western Stallion”; the melancholy plea of “More Than the World”; the unflappable, Plastic Ono Band–esque blues-rock of “Gimmie One More”—these are songs that bear the unmistakable Aaron Freeman stamp.And to hear Freeman tell it, they wouldn’t have been possible if he’d stayed in his old band. “There was so much of ‘Aaron had to break up Ween because of addiction’ and ‘Aaron broke up Ween in order to pursue his solo work,’ ” he says. “But I broke up Ween because we were at a creative dead end way before our last record, La Cucaracha. Basically we were going through the motions, becoming a showcase band.”

Freeman stresses that FREEMAN is more about renewal than turning his back on the past. “I want this record to pay homage to Ween,” he says. “These are the same songs I would’ve written in Ween—except without [ex-bandmate] Mickey.” Several tracks hark back to the role-playing that was a hallmark of Freeman’s back-catalog: “(For a While) I Couldn’t Play My Guitar Like a Man,” a badass blues-rock meditation on lost mojo; or “Black Bush,” a trippy, heavily stylized ode to the natural beauty of Freeman’s recently adopted hometown of Woodstock.

But there’s also a fresh perspective here, the sound of a shadow lifting. “Delicate Green,” which savors life’s everyday blessings, is one of the sweetest, most sincere songs Freeman has written. And “All the Way to China” and “El Shaddai” reference Jewish texts—Kabbalah readings and James A. Michener’s The Source, respectively—that guided him through his darkest times. “There’s a lot of spiritual stuff on here because that really helped me,” Freeman says. “I listened to a lot of reggae—’Jah gonna help me through Babylon,’ you know? I listened to a lot of Paul McCartney too, and I thought, if he can do this, break up the fucking Beatles, I can certainly break up Ween and be okay.”

Aaron Freeman has also turned his back on substance abuse, a fact that might concern fans who mistake intoxication for inspiration. “I wrote the songs I wrote in Ween despite all the drugs and alcohol I was doing, not because,” Freeman says. “Most people don’t get sobriety at all. They assume you’re this better-than-thou monk sitting on a mountain, judging everybody. It’s not that way: You have to let everybody do their thing, and you get weirder.” A song like FREEMAN’s “Golden Monkey,” which rivals Ween’s underrated Quebec for sheer mind-warping brilliance, proves Freeman’s point.

In order to get to FREEMAN, Aaron Freeman had to make a clean break. “If I hadn’t left my partnership, there wouldn’t be anything,” he explains. “I’d probably be dead too. I know that at the end of the day, this is the best thing I could’ve done for me and for every Ween fan.” FREEMAN, an album that distills the Aaron Freeman aesthetic—built on equal parts wonder and malaise, frankness and mysticism, defiance and vulnerability—to its headiest essence, proves his point. This man, known for so long by another name, is finally free. 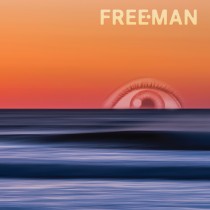