“This feels like the album we’d make if the band died and went to heaven,” says Dilly Dally frontwoman Katie Monks.

In a sense, that’s precisely what happened. In the short time since they released their acclaimed debut record, ‘Sore,’ the Toronto rockers […]

“This feels like the album we’d make if the band died and went to heaven,” says Dilly Dally frontwoman Katie Monks.

In a sense, that’s precisely what happened. In the short time since they released their acclaimed debut record, ‘Sore,’ the Toronto rockers managed to tour the world and take the press by storm, only to nearly call it quits and walk away forever. Rising from the ashes with more power and conviction than ever before, Dilly Dally’s new album is, appropriately enough, titled ‘Heaven,’ and it’s a fierce, fiery ode to optimism, a distortion-soaked battle cry for hope and beauty in a world of darkness and doubt. Monks describes the songs as coping mechanisms, and the collection does indeed form something of a survival kit for hard times, but even more than that, it’s a declaration of faith in the power of music and a burning reminder that we need not wait until the afterlife for things to get better.

“It felt like there was no point in doing another record if it wasn’t genuine or if we made it for anybody other than ourselves,” says Monks. “We wanted this album to be something that could help heal old wounds and rejuvenate us while on the road, something that could give us a clean slate and a fresh start. Making this record helped us fall in love with each other all over again.”

That love is the beating heart of Dilly Dally. Monks and guitarist Liz Ball formed the band after bonding over a shared passion for explosive, grungy rock and roll in high school, and the two have been inseparable and unwavering in their vision ever since. “Words really aren’t necessary when it comes to Liz and I,” Monks told Vice Noisey in an interview. “There is just a mutual understanding between us.” By the time they recorded their debut, Monks and Ball had fleshed out the lineup with bassist Jimmy Tony and drummer Benjamin Reinhartz and hit a blistering stride that floored critics on both sides of the Atlantic. Rolling Stone hailed ‘Sore’ as a “blazing” debut that “sounds like an unleashed id with a sick distortion pedal,” while Fader said it “hits that ever-elusive sweet spot between total recklessness and sly control,” and Pitchfork raved that the album “oozes with female desire” and offers up “a heavy swagger redolent of some of the best ever alt-rock.” In the UK, The Guardian praised the band’s “bludgeoning bass, gnarly guitars and red-raw vocals,” and The Line Of Best Fit dubbed it “a seminal first album.” The music earned Dilly Dally dates with Grouplove, METZ, and Fat White Family in addition to their first-ever international headline tour and festival appearances from Osheaga to Field Day. Years of hard work and grinding in the Toronto punk scene were finally paying off, but life on the road is taxing even under the best circumstances, and the weight of it all came crashing down in a way that no one had anticipated.

“I always thought that once we started doing well, it would make all our problems go away and everyone would be happy,” Monks reflects. “But instead, success sort of illuminated whatever dark energy had been lying around, and things erupted on tour.”

With the band’s future in limbo, Monks retreated into herself and her art. She left social media and focused on journaling and meditation, seeking to put as much daylight as possible between herself and the music industry. For an entire year, she wrote alone in her bedroom every single day on a white Flying V guitar, starting first with moody drones and noise beds run through her pedal array before warming up her voice and allowing words to flow freely from her subconscious. Band members began showing up once a week to help Monks refine the material she was channeling, honing in on taut, lean structures that cut straight to the heart of things.

“Because writing that way was so spiritual and so lonely, I ended up with hours and hours of material and so much emotional attachment to it,” she explains. “I really needed everybody else to help me sift through it all and take the songs from this meditative dream world to our full band sound.”

That sound is a singular one in the contemporary landscape, an intensely raw blend of fuzzed-out catharsis and melodic ecstasy delivered with what Brooklyn Magazine describes as a “snarling feminine energy.” Where ‘Sore’ was rooted in desire and rage, ‘Heaven’ is all about hope and optimism. The recurring fire imagery from the band’s debut has given way here to healing, therapeutic visions of water and light. There’s a release in the music, a sense of burdens being lifted through sheer force of will. It’s an emotional shift, to be sure, but Dilly Dally has by no means mellowed out.
“When people ask me what this record sounds like, I tell them it’s doom metal vibes with lots of positive messages,” Monks says with a laugh.

Producer Rob Schnapf (Elliott Smith, Beck) encouraged the band to lean into the unique space their music occupies and be unapologetically themselves. Rather than smooth out the rough edges, he highlighted them, drawing every potent ounce of energy from the foursome’s swampy tones, raspy vocals, and volatile rhythm section. “Rob really protected the kind of strange things that make each of us the musicians we are,” reflects Monks. “We’ve had engineers in the past tell us that we’re not doing things the ‘right’ way, but Rob saw all those things as great and wonderful.”

‘Heaven’ opens with the dreamy “I Feel Free,” which begins as a floating, untethered soundscape before transforming into a soaring anthem for a world that’s ready to finally turn the page on all the darkness and disillusion the last few years have wrought. It’s an ideal entry point for an album that aims to clean the slate and chart a new course, with Monks promising “We’ll start it again / In a moment of silence” as she finds peace through letting go. While the music is undeniably ferocious, there’s uplift woven into the fabric of every track. The inexorable “Believe” insists on self-confidence, while the driving “Sober Motel” celebrates the lucidity a clear mind, and the lilting “Sorry Ur Mad” makes a case for releasing yourself from the prisons of anger and resentment. Escape is a frequent goal—from the bruising “Marijuana” to the epic queer tragedy of “Bad Biology”—but it ultimately solves very little, at least in any permanent way, and so the album carves out its own atheistic religion to get through the day, a faith that validates our pain as real but responds with a beaming light of hope (and maybe a little bit of weed).

In the end, Dilly Dally labours under no delusions, and if you think holding onto hope in a fucked up world is naive, they don’t particularly care. Life is hard, depression sucks, and the road can be brutal. But every night, when the band steps onstage to sing these songs, all bathed in bright light, it’s sure going to feel a lot like heaven. 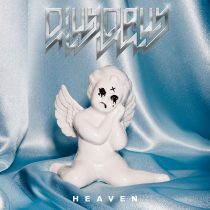 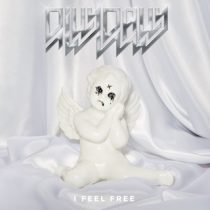 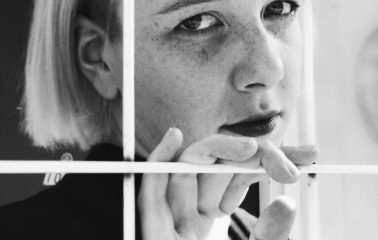