“What’s in a name? that which we call a rose / By any other name would smell as sweet.” – Romeo and Juliet

If Shakespeare was alive to get the Led out, he would’ve listened to Diarrhea Planet, Nashville’s favorite six-piece rock and […]

“What’s in a name? that which we call a rose / By any other name would smell as sweet.” – Romeo and Juliet

If Shakespeare was alive to get the Led out, he would’ve listened to Diarrhea Planet, Nashville’s favorite six-piece rock and roll band. Outfitted with a drummer and bassist that barrel forth with the power of a thousand locomotives and a four guitar arsenal able to unleash a meticulous torrent of expertly crafted hooks, riffs and solos, DP take everything you knew you loved about rock, punk and pop, jack it up way past 11, and leave you catching your breath and massaging the kink in your neck from all that head banging. Over the past few years, Diarrhea Planet have packed basements, bars and clubs with enough power to cause a blackout at the Super Bowl (no one said they were not responsible for this year’s fiasco), honing their chops and fine-tuning their shred.

Diarrhea Planet’s 2011 debut Loose Jewels (Infinity Cat) was a 100-meter sprint of pure joy, peppered with shred offs, fret-taps and a whole lot of whooping and hollering, fleshed out by undeniable pop sensibilities. For their next album, the band wanted to go as big as possible and delivered just that. They headed to Marcata Recordings, the barn-turned-studio in upstate New York owned and operated by Kevin S. McMahon, famed indie producer of records by Titus Andronicus, Swans, The Walkmen, Real Estate, and many others. I’m Rich Beyond Your Wildest Dreams (Infinity Cat, 2013) traipses giddily across the rock and roll spectrum due to the band’s ever-expanding understanding of how to maximize its four guitarists to orchestral effect. It is glorious, unabashedly fun, and bolstered by a musical and emotional maturity that reveals itself in the increasing complexity of the arrangements, musicianship, and lyrics.

On the road, the band showed what they were truly made of, unleashing power stance tableaus, onstage theatrics and six-string tricks, while still hitting every necessary note with pristine precision. They’ve shared stages and tours with JEFF The Brotherhood, Fucked Up, The Men, Wavves, Screaming Females and Titus Andronicus, who even gave a shout out to Diarrhea Planet on their last full-length Local Business. NPR called their live show “an unstoppable train of life-affirming shredding,” while Pitchfork said “If you measure a live show’s success by how happy to be alive it makes you, then Nashville’s Diarrhea Planet have the greatest live show on Earth.”

Despite touring non-stop for a year and a half, Diarrhea Planet found time to get in the studio and record five new songs. Their EP Aliens In The Outfield — recorded by Justin Francis (Anti-Flag, Mac DeMarco, Kenny Rogers) and mixed by Grammy award-winning engineer Vance Powell (Jack White, PUJOL, Beck) — dropped in 2014 to critical acclaim. Paste Magazine named it the #1 EP of 2014, saying “If Aliens in the Outfield serves as any indication, Diarrhea Planet should continue to melt faces while still infusing subtle lyricism into their shredding three-minute jams.”

With the release of Aliens, a sprawling spring and summer tour, and a new album on the horizon, Diarrhea Planet are ready to keep conquering hearts, demolishing ear drums, and reminding you that while rock and roll has never needed saving, it is damn good to have a band that makes it as wholly lifeaffirming and flat out fun as it’s supposed to be. 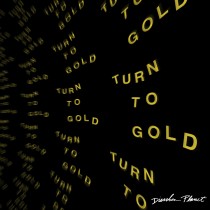 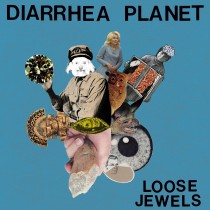 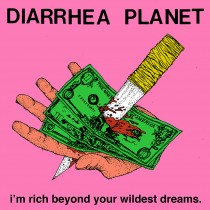 I’m Rich Beyond Your Wildest Dreams