It might be cliché to say that the mark of a true rock n’ roll band is that they play from the heart, but in the case of the Clear Plastic Masks it is exceptionally true. As the band’s moniker indicates, there’s […]

It might be cliché to say that the mark of a true rock n’ roll band is that they play from the heart, but in the case of the Clear Plastic Masks it is exceptionally true. As the band’s moniker indicates, there’s not much to hide with one of the most talked about groups in Nashville’s burgeoning rock scene. This is the sound of heart-on-your-sleeve blue-collar soul.

Formed in New York City in 2011, Clear Plastic Masks quite literally have honed a world of influence into sharp, tight, nostalgic rock n’ roll that is at once bone-deep familiar and not like anything else you’ve heard. The story starts where every good story does, in a dive bar where lead vocalist and guitarist Andrew Katz, born and raised on theatre in (Detroit), met Dominican Republic-born drummer Charles Garmendia. Despite upbringings half a world apart, the two forged a fast friendship centered on a collective love of music. Soon enough, toiling around Bed Stuy, Brooklyn, they met guitarist/keyboard player Matt Menold (Pittsburgh) and bassist Eduardo DuQuesne (Miami). What began as simply four unlikely friends hanging out trying to make their way in one of the toughest cities on earth eventually evolved into an informal jam session where, without planning, they discovered a surprising sound. Modestly, the way they tell it, “We’re just buddies. That’s the sound that comes out,” Katz says.

Attitude has been a fundamental element of rock music since its inception. It’s the one thing you can’t fake, and Clear Plastic Masks have it in droves. Trying to put your finger on exactly what is the band’s sound is near futile, like a game of musical whack-a-mole. Recalling the sneer and snarl of the Rolling Stones’ early R&B-influenced work, Clear Plastic Masks’ brief catalogue runs the gamut from mid-70’s New York punk (“Everything Nothing,” “So Fucking Real”) to Stax-style soul (“Outcast,” “Baby Come On”) to tight, almost ELO disco rock (“Dos Cobras”) to Lou Reed-style spoken word poetics (“Allen’s Song”) to more recent nods toward Nashville contemporaries like the Alabama Shakes (“When the Night Time Comes”). But the key word here is almost. Weaving through the ten tracks on their self-titled debut, the band dips into the well of American rock, soul, and blues, but never stops long enough to let one part soak in too deep. Throughout, the group swings seamlessly from soulful crooning to raucous punk and gnarled grunge riffs, and then throws you back to classic ‘60’s garage rock and near-‘50’s influenced sock hop rockers and ballads. Crispy guitar licks, floral backing keys, and a tight sharp rhythm section swell behind Katz’s soul-quivering vocals and poetic, story-telling style lyrics which peak in crescendo choruses that stab you right in the heart, and then hold you sweetly as you let the music flow through you. Simply put, it’s the sound of Clear Plastic Masks.

As quickly as they formed, the band began gigging around the city and soon set out on tours through the Midwest and down to New Orleans, eventually stopping in Nashville in December of 2011 and April of 2012. There, they recorded first a 7-inch and later a full album with Andrija Tokic at The Bomb Shelter. In Nashville, Clear Plastic Masks found what they lacked in New York, a tight-knit scene putting itself on the map supported by a host of incredible bands. After several shows and recording sessions, the band decided to relocate in late 2012, becoming one of the first of now many groups around the country to spy Nashville as America’s next hot bed of authentic rock n’ roll. Summoning their hard working roots, the band continues to tour and earn new fans in each club in every city they stop in while remixing their demo for their first official full-length debut, a self-titled effort which will come out on Serpents and Snakes later this year. 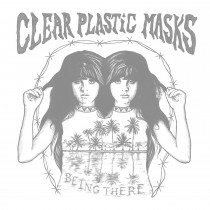 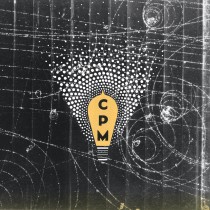