With his third album, the self-titled Alberta Cross, the band’s mastermind and sole official member, Petter Ericson Stakee, is asking us to slow down. He’s asking us to keep by his side, for the length of an album, to join him on […]

With his third album, the self-titled Alberta Cross, the band’s mastermind and sole official member, Petter Ericson Stakee, is asking us to slow down. He’s asking us to keep by his side, for the length of an album, to join him on the journey he’s made. We didn’t have to ask for these things just a few years ago, it was built into our nature. We listened to full albums. We had the time to stop and give music some of the attention it took to create it. Things have changed.

“There’s so much information everywhere all the time,” says Stakee. “A normal person ODs on information. If music is information, it feels like no one knows what’s good or bad anymore. Real music fans want to hear really good records and close themselves in for that journey of a full album. People need a journey sometimes.”

Alberta Cross is that journey. In just under an hour, it carries you far from its point of departure—the sparse, melodic minute-and-a-half opener “You’ll Be Fine”—through twists and turns, onward toward previously unknown territory, even to Stakee. The song comes and goes—a welcome hand reached out as a guide. On it, Stakee sings, “You don’t need any trouble/You just need to be found” as if he’s speaking directly to you, readying us all for what follows. Alberta Cross bleeds with every single piece of inspiration Stakee could fit inside of it. In fact, when speaking with Stakee, all variations of the word “inspire” surface during conversation. Everything for him is inspiration.

“I can’t imagine living anywhere else,” says the Swede, and longtime London resident, of his current home in Brooklyn. “New York City is a very inspiring place. Before recording this album, I had all these secret late-night jams in the East Village at my friend’s bar with all sorts of musicians. We would start from anywhere between 9 and 10pm and just go on for hours. Over in the West Village, with my friend Kraig [Jarret Johnson] of Golden Smog—those were super late night. They went on ‘til three in the morning. Those nights really inspired this record.”

After some months of wrangling out of old record contracts and putting all the distracting machinery of whatever is left of the record industry behind him, he took his new collection of songs upstate, near Woodstock, to a place called Dreamland (really).

“It’s this beautiful old church that they’d turned into a studio,” he says. “I’ve always wanted to record in a church. Whether you’re religious or not, the whole vibe in a building like that, when you walk in, you feel it.

“On this record, we have all these new colors,” he continues. “It felt pretty amazing. I wanted those late night jams to inspire the record. It was very loose, not a lot of structure. I wanted to keep that vibe—the looseness and the soul. Mandolin, violin, French horn, flugelhorn, trumpet—we put those on a lot of tracks. That was a new thing for me and very inspiring. This record seems so… pure to me.”
All of these elements conspire to elevate “Ghost of Santa Fe,” a song Stakee says “…came along and I felt it would be a good direction for this record. Once that song was there, it changed things.”

After that opening track, “Sante Fe” announces itself with a chorus of horns and the words speak of a search—for ghosts, for the past, for his own self. With the departure of bassist Terry Wolfers, Stakee welcomed the solitude and the challenge of a new beginning that felt, in many ways, how it all began in the first place: Alone.

“This is the first time I’ve done everything myself,” he says. “It kind of brought it back to where I’d started. I’m excited now because I’ve taken it back. I made this record. I produced it with my friend, Claudius Mittendorfer. I wrote all the songs. It’s a fresh start for me. That’s why it’s self-titled.”

As you travel deeper into the record, the songs begin to morph and move into new territories. It says something about an album’s depth, its sturdiness, when two of its best tracks—“Beneath My Love” and “Get Up High”—arrive in the second half of this blissful, complex, and beautiful hour of sounds Stakee has built. With everything stripped away, he’s found a new way to fill in the spaces of the songs he’s made on his own.

Between the late nights in the Village and the dark nights in a church Upstate, and collaborating with friends and fellow musicians Peter Remm and Fredrik Aspelin, there is no overriding sense of loneliness on Alberta Cross. The album is full of horns and strings and choruses designed to pull the listener inside, to become yet another part of the music. Stakee’s feeling of renewal is backed up by this collection he’s delivered. No matter what, down to just him and his own devices, he’s not going anywhere. He’s here to stay and armed with the best songs he’s ever written and a community of Brooklyn musicians and friends who will delay sleep until the wee hours to help him usher in even more tunes. Alberta Cross has dug in even deeper. Roots are being made. He’s here to stay. He claims to have 20 new ones, waiting and ready for the next album.

“This is soulful, untouched music coming purely from the artist,” he says. “They can love it or hate it, but at least they can’t complain that I’ve been changed by anyone. This is what I want to do. I made my record. No one told me to make it this way. I’m 100 percent responsible for it. Take it or leave it. But, I love you for listening to it.” 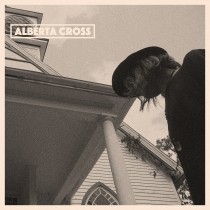